Alliance to End Chickens as Kaporos 2020 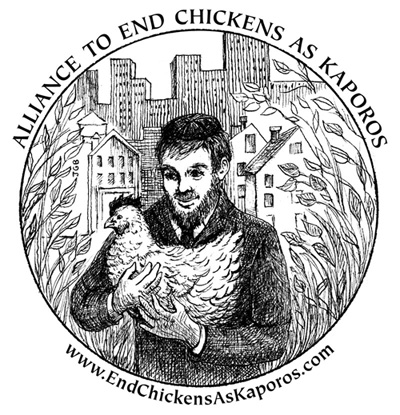 In the previous issue of Poultry Press, we announced the filing of a new motion in July by Alliance attorney Nora Constance Marino asking the New York Supreme Court (the lowest of the three courts in NY State) to reconsider its 2015 decision in view of the Covid-19 virus, a global zoonotic disease believed to have been spawned by human interaction with animals suffering in live animal markets in China.

Marino presented the court with “new evidence” that the ritual of Kaporos, in which thousands of chickens are slaughtered by Hasidic practitioners each fall on the streets of Brooklyn and elsewhere, increases the health risks to citizens. On September 24, 2020, Marino reported, “Unfortunately the judge refused to sign my proposed order. This means that my motion to renew was never heard before the court. She refused to hear it. I have filed a notice of appeal but there’s no way I could get anything done for this year. It’s terrible and heartbreaking and shocking that the city is allowing the Kaporos ritual to go on this year.”

The Ritual and the Rescue

The Kaporos ritual was performed this year in late September. The good news is that the Alliance team rescued 510 chickens – the most ever! We gratefully received a matching gift of $6,500 for our $13,000 Kaporos chicken rescue operation in New York City, which began officially Sept. 21st and continued through the month until every suffering chicken we found crated or abandoned in the streets was saved. Our team secured homes for all of the Kaporos survivors this year, and transported them as far west as Utah and as far east as Vermont. Our team is made up of rescuers and caregivers with up to 7 years’ experience specifically rescuing NYC Kaporos chickens.

Here is what we did in September & October:

Jill Carnegie with the Alliance to End Chickens as Kaporos carries a rescued Kaporos rooster to the triage.

Here are some of the survivors who will now spend the rest of their lives at Tamerlaine Sanctuary. Many have a long road to recovery ahead of them but we will be there every step of the way!

This year was the most successful rescue to date! Thank you to The Alliance to End Chickens as Kaporos and United Poultry Concerns who make these rescues possible every year!