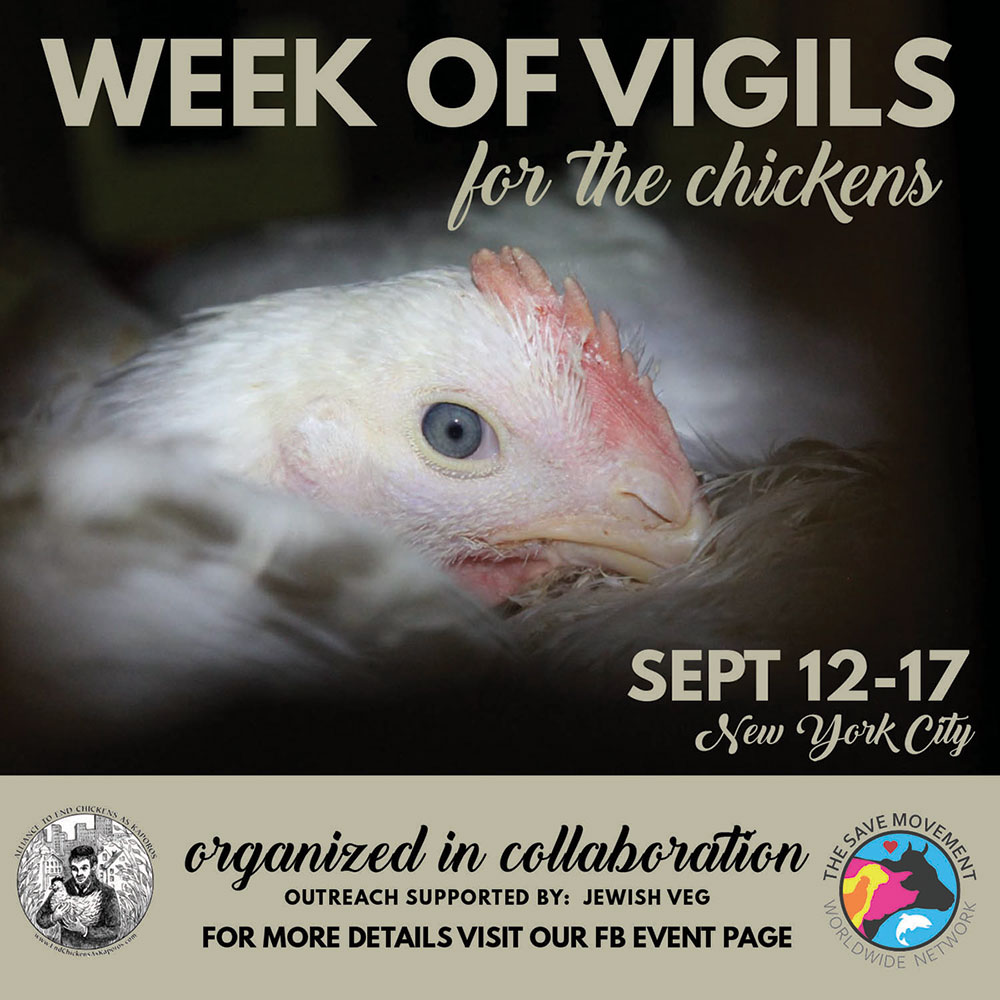 A first for the Campaign to End Chickens as Kaporos

The Alliance to End Chickens as Kaporos – a project of United Poultry Concerns – and The Save Movement Worldwide Network are collaborating for the first time ever, with outreach and educational support from Jewish Veg! This unprecedented joint effort will create a powerful network working to stop the cruel and unnecessary torture and slaughter of chickens in New York City streets.

Kaporos is a custom practiced by a segment of Orthodox Judaism in which chickens are swung over practitioners’ heads who chant that the chicken is a substitute for the practitioner’s punishment, which is fulfilled by the chicken being slaughtered. Prior to the ritual, the chickens sit crammed in transport crates for days without food, water, or protection from the weather. Practitioners stand around Kaporos locations idly chatting while holding the chickens painfully suspended by their fragile wings. Practitioners lie that the dead birds are going to “the poor,” when in fact they are thrown both dead and alive into plastic garbage bags to be hauled by city sanitation workers to landfills.

“In 2010, I founded the Alliance to End Chickens as Kaporos together with a small group of New York City activists, whose numbers and activism have grown enormously since then,” says UPC president Karen Davis, PhD. “As more and more activists get involved, and with our legal challenges in the works, more and more Orthodox rabbis are publicly condemning Kaporos on grounds of animal cruelty, shame, and sacrilege.”

Kaporos is a mere custom, not Jewish law. It can be observed by swinging money over one’s head to be donated to one’s favorite charity. A few years ago, a Brooklyn rabbi interviewed by a reporter dismissed the money option, saying he preferred the visceral experience of a chicken being slaughtered in his stead. 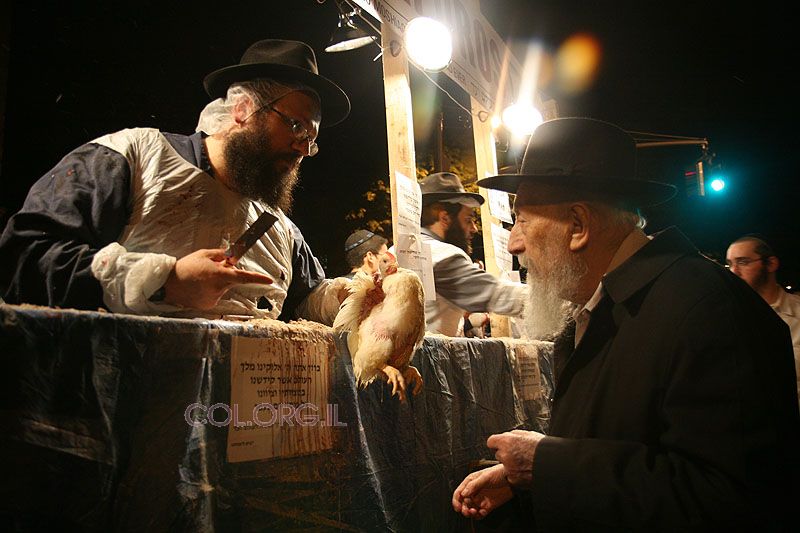 Kaporos chickens are painfully held by their wings, slaughtered in the streets, and thrown in the trash.